Every once in a while, the old school meets the new. Your first inclination is to celebrate the fact that the tool you just purchased has the word “automated” in its product description. That sounds great, and we are product creators here at BuzzyDoc, but don’t take what I’m saying the wrong way. I’m not recommending you skip my introduction and go straight to the new technology list below. The promises down there may blast your business into the next level and improve your patient retention in ways you never thought possible, or, you may figure out that even the best tools on the planet can’t replace getting back to the basics.

If you think technology is going to do the work for you, (like a shovel that digs its own holes) think again. The 3 patient retention tools I’m going to mention later on in this post are just that…tools…and they all produce different results depending on how you use them.

I’ve seen these patient retention tools used in fantastic ways. Some help build a strong foundation for a business relationship with a patient, but then again, those same tools appear cheap and petty to a patient when they were used the wrong way or at the wrong time.

Before I dive into my first example, I want you to think about what a red rose means to a women. Hmm… actually, let’s think about what a red rose means to a 15 year old young girl. It probably triggers a sense of romance, love and passion. A 15 year old might think of a dance or a Valentine’s Day present she’s seen in a tween romance novel. Now, let’s fast forward 30 years. Do you think a 45 year old woman will think of a red rose in the same way as that 15 year old did? The 45 year old has probably received red roses after dozens of fights with husband(s) and/or boyfriend(s). To her, it feels like a cheap way of saying “I’m sorry” and might even make her angry. Do you think just any flower is a good idea to send to a patient that you just made sit for an extra hour because you were running late? I don’t think so.

Flowers can mean a lot of things to a lot of people, however, the right flower sent to a patient after you were running late might help them forget about the scheduling mistake. Not only that but the patient is more than likely going to think you are more thoughtful than the majority of people in his/her life. That makes her think of you as way more than just a doctor, you’re now more like a friend or family. That’s big time for your referrals. Now I’m not recommending you send flowers to as many dads as you do women, but what I am saying is that you think through the effectiveness of your campaign before you start it. It may be a box of golf balls, you be the judge. I’m also recommending that you make the punishment fit the crime. Don’t send a bouquet of red roses to a patient that you ran a little late on. Also, you might not send a bouquet of red roses to anyone at all. After the first day, it’s going to be a little reminder of that big fight the patient had 10 years ago. Maybe not the best idea. On a brighter note, do you think a few pink tulips might distract her from the error and simultaneously be a little pick me up a few days later?

1800flowers.com and/or Amazon Prime are both fantastic options for you to keep available in the office for when something goes wrong. I recommend it to anyone since it requires very little of your time but can fix mistakes and turn an error into an everlasting source of referrals. 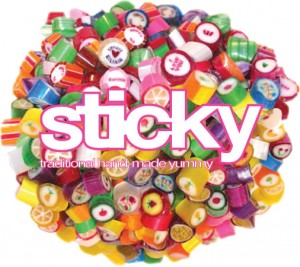 So, just like flowers, patient rewards could have HUGE potential for your practice but only if they’re used the right way. Face it, your population wants patient rewards and they almost expect it these days. However, think about what you’d want if you were a patient and make that the magnet that keeps them around.

These days there are rewards just about everywhere your patients go, so, make yours count. Figure out your initial margins and max out what you’re giving back to your patients. Think about the risk… Worst case scenario you don’t get anything out of it, but you gave a couple dollars to your patients. Also, rewards don’t enter your patient’s pocket automatically. The staff have to award the points and the patients have to earn them.

Okay so some things just needed to be replaced as technology improved. Nobody liked calling every single patient to remind them of their appointment, I don’t care how much you love your patients. Appointment scheduling reminders like Smile Reminder, DemandForce, Lighthouse360 and several more are literally replacing the unnecessary phone calls staff were having to make. Some use email, some use text, some use both! I can’t tell you the perfect way to use these software programs, however, I can tell you that the difference maker is getting into the software to see what you can do to make it feel personal. You wouldn’t want some robot taking care of you when you go see a medical professional, so don’t make your communication with your patients sound like a robot did it. Leave a personal touch and/or update about the practice and I guarantee that patient will come in on their next appointment talking about it. Had a baby? Just finished a marathon? Want to root on the Panthers? Do it! Don’t be afraid of hurting their feelings as long as it tells a little bit more of the story behind you.

People make the tools, but people also make the tools worth using. It’s the personal touch on the patient retention tools that will keep them coming back.